What is Vitamin D? 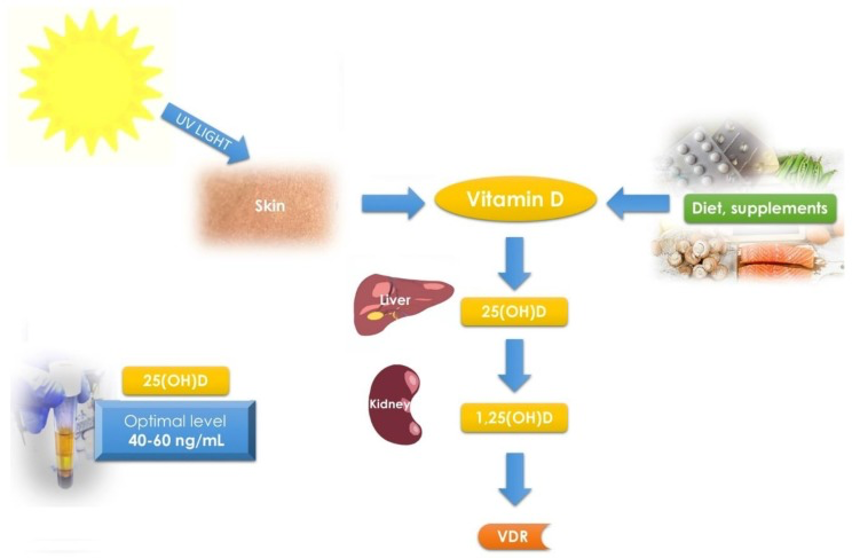 The pathogenesis of endometriosis is related to an impairment of immunologic mechanisms and inflammatory responses.
Evidence on the association of endometriosis with vitamin D metabolism is sparse. But we know that the endometrium is an extrarenal site of vitamin D synthesis and vitamin D action. And that vitamin D is involved in the regulation of the immune system.

Vitamin D deficiency is believed to be a major risk factor in the development of fibroids and myomas.
In many studies vitamin D appears to be a powerful factor against fibroids and myomas, resulting in inhibition of tumour cell division and a significant reduction in its size.

It has been previously established that the risk of POI increases when autoimmune conditions are present. For the immune system to function efficiently, there must be an adequate intake of vitamin D.
Vitamin D deficiency is common in women with primary ovarian insufficiency (POI).
Vitamin D has a direct effect on AMH production, and thus increases longer maintenance of ovarian reserve in the patients with its higher concentration.